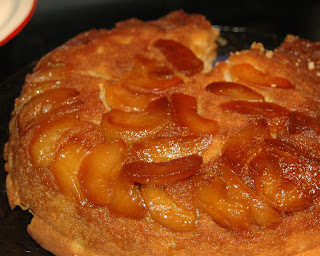 We had a long weekend. We also have two grandfathers that celebrate birthdays on Labor Day weekend. So we ate. A lot. It was almost like Christmas. Only it was 100 degrees out.

I made two completely separate cakes. In the oven... It was 100 degrees outside.

I don't know what I was thinking (Really, I do, I'm just too cheap to buy something that I can do myself.) so made cake-s.

The first one was a birthday cake. It was just a plain ole chocolate with whipped icing. I used mixes. I mean, I had two cakes to make, what do you expect. Except that we rocked it out with a famous duck call company logo. The man I am married to cut it out of a black Sugar Sheet. It looked really good. Like, really, really good. Any mistakes or imperfections were my fault. You can see a better view of it here.

The first cake tasted pretty good and looked great. And since birthday cakes are all about looks anyway, it was definitely a success.

The second cake was a little rustic.

The man I am married to said, "Yeah, just keep telling yourself that." He thought I was making excuses for the peace symbol shaped cracks that nearly split it in half, or thirds, or whatever. I'm not splitting hairs, just cakes. Or, maybe he just thought he was being funny.

I said, "Uh, no. It's rustic because I made it in a cast iron skillet." I may or may not have rolled my eyes.

It's officially rustic because PW said so. It's her recipe, sorta. I cheated and used a cake mix on that one too. Don't judge. I finished two cakes in, like, a very short but reasonable period of time.


That cake, well, lets just say that I'll be invited to places because of that cake. Okay, probably not, but a bunch of people asked for the recipe. There are no pictures. I forgot to get one because we were in a huge hurry, as in, I took it out of the oven less than ten minutes before we walked out the door. Not something I advise, but if you ever need to rush out the door and sit with a 300 degree cake in your lap for 45 minutes, that would be the one.

I didn't though. I just covered it loosely with foil. It looked like a silver volcano science experiment.  Then, I stuck it in a clothes basket with a big towel for a hot pad. It was 100 degrees out. Way too hot to be holding a 300 degree cake in my lap.

Anyway, as I was saying, there are no pictures. When I finally had time to take pictures there was no cake. I didn't even have to force people to take some of the leftovers. I'm telling you, this may be the best cake I've ever eaten. And I know because PW said so.

I'm not just going to keep going on and on about it without giving you something for reading this far. Yep, I had to make another one. Shoot!

My pictures didn't really turn out to be step by step photos. I have a whole new level of respect for people who do that. I get to cooking and forget that I'm supposed to be documenting. But maybe they will help.

For the apple topping you will need:

For the cake batter you will need:

Step 2: Prepare the buttery apple goodness. Peel and core the apples. Then, Slice them 1/2 inch thick.

Melt 1-1/3 sticks of the butter (That equals 2/3 of a cup of butter in case you ever need to know) in your favorite 12-inch cast iron skillet over medium heat. Another kind of skillet might work but I wouldn't recommend non-stick.

Stir the sugar in until it's mixed in there pretty good. Start laying the apples in.


I put them in a pretty pattern, but they will move around a little as they are cooking so I didn't stress too much when I dropped a couple in the wrong direction. It's a rustic cake.


While your apples and sugar are making your kitchen really smell nice you need to start the cake batter. Just keep an eye on it and turn the heat down if it starts to brown too quickly.

Step 3: Ignore the directions on the box of cake mix.

Step 4: Pour the mix into a large bowl and add the cinnamon and nutmeg. This is where I turn the mixer on low for a few seconds to mix up the dry ingredients. On low. Please don't turn it to high.

Then add 3/4 cup of water, 3 eggs and softened butter. Don't leave the butter sitting all by it's lonely self in the microwave. Mix on low  until everything is moist. Then, beat for two minutes, scraping the sides of the bowl as you go.

Step 5: Fold in the chopped apples.

By this time your apples in the skillet should look something like this.

Step 6: Spoon the batter into your skillet of buttery apple goodness. Resist the temptation to start dumping the cake batter right into the middle of your apples.The trick here is to spoon it gently on top of the apples. Start along the outside and work your way to the middle. This will help the apples to stay in place and help to keep all that loveliness from pouring over the sides of your skillet and onto the stove top.

Step 7: Bake at 375F for 20 minutes. Test for doneness with a toothpick. It should come out clean. Or gently press one finger onto the top of the cake near the center. If the fingerprint springs back it is done. If the cake is still a bit jiggly gently lay a piece of foil over the top and turn the oven down to 325F. Cook an additional 5-10 minutes.


Step 8: Let the cake cool in the skillet for 5 minutes. I took a picture of that too, but it's kind of boring. And plus, you are having to wait an excruciatingly long time to taste this amazing creation. It just wouldn't be humane. Ease the pain by licking the beaters and the bowl. It helps.

By now you probably have people buzzing around your kitchen like flies. Swat them if they try to sneak tastes of that crispy edge. Really. Make them wait.

Step 9: Invert on to a pretty cake plate, or the only thing you can find big enough to hold a 12-inch cake, like a Christmas platter. Who cares if it's only September? Besides, this cake will make you forget your name let alone what time of year it is.


Preheat oven to 375F. Melt butter over medium heat in a cast iron skillet. Add sugar and mix well. Lay apples into butter and sugar mixture. Lower heat if necessary to prevent burning, but allow it to caramelize. Mix cake mix, cinnamon, nutmeg, eggs, water and butter on low until moistened. Then beat for 2 minutes until smooth. Fold in chopped apple. Spoon batter on top of apple/butter mixture working from the outside edge of the skillet toward the center. Bake at 375F for 20 minutes. If necessary, turn oven down to 325F and lay a piece of foil gently over the top to prevent over browning and bake an additional 5-10 minutes until toothpick comes out clean.


P.S. I really wanted to name this the Apple Bottoms Up, Knock Your Furry Boots Off Cake, but I didn't. I'm a pretty traditional sort of girl and that song is old anyway.

June and 95+ degree weather may not seem like the best time for a hearty beef stew. But this one pot meal is something my family loves year round. And, since even eating breakfast makes me want to take a nap some days, the fact that it's something that cooks itself after the ingredients are all in makes it even better.

Preheat the oil in a large stock pot Dredge the stew meat pieces in the Seasoned flour and fry one layer at a time until all pieces are browned. They don't have to be cooked through. 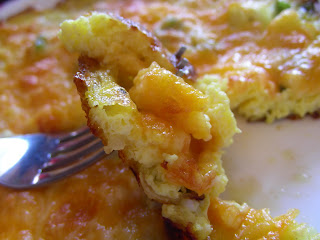 I'm not usually one of those people that forget to eat. I love to eat. I even like to plan menus. I could be part Hobbit. So, I don't know if it's the weather or just the sleeping late, but all this week, I have forgotten to eat breakfast. Almost.

I find myself searching through the cabinets eyeing that half crushed star crunch that has been up there way too long wondering why I am so hungry. Duh! Coffee wears off at ten o'clock.

Because I avoid eating wheat and like to start my day off with a high protein meal (after the coffee, of course), this is one of my favorite breakfasts (or brunches as the case may be). I am also marvelously inept at producing a decent omelet. I love the steaming ham and melted cheese oozing out all over the plate just waiting to be scooped up and popped into my mouth. Mmmmmmmm.

So I have a cook-your-own omelet alternative. It's very simple and a whole lot easier to make than trying to flip an omelet while it is falling apart because you put so much filling in it. Put as much filling in this thing as you want 'cause this thing don't need no flippin'. You will, however, need an oven proof skillet or an 8" saute pan.

Modify this version by adding a handful of halved cherry tomatoes and a few sprigs of chopped cilantro for a Western, or leave out the pepper and throw in a quarter of a package of thawed and drained spinach, chopped mushrooms and top with Swiss cheese for a well, Spinach, Mushroom and Swiss. This is also a great way to use up extra veggies or deli meats and leftover baked potatoes.


Preheat oven to 400 degrees.
While you are doing that chop up your onions and peppers (and turkey). Saute onions and peppers in the olive oil until they begin to soften. I'd say that's roughly 4 minutes. While your peppers and onions are getting all happy, beat your eggs together with the milk until they are smooth and light yellow.
Add your turkey to the peppers and onions.
Stir that around until you can't stand waiting anymore. Your hungry because you forgot to eat, remember?
Turn the heat down slightly. Add the eggs to the vegetables. Cook the eggs on the stovetop unit the eggs begin to set and they start to get all nice and done on the very bottom. Not too done, though!
Hopefully by this time, your oven should be telling you that it's hot. Sprinkle the cheese around on top of the eggs. Then pop the whole thing, skillet and all, into the oven. Let it bake until the cheese melts and the eggs are done. This may vary depending on how long you cook them on the stove top. I usually let mine go for 15-20 minutes.
Time for Second Breakfast!
I totally linked that so you didn't think I made it up. It's real and traditionally served at 10:30.
Posted by Amber at 5:26 PM 1 comment:

Courtesy of my friend Gina aka The Slow Cooker Queen:

Mix beef or chicken with cream cheese. Layer ingredients starting with a small amount of sauce then tortilla, meat, then cheese. Repeat until all of meat mixture is used. Top with remaining sauce and cheese. Cook on low for 3-4 hours.
Posted by Amber at 11:51 AM No comments:

Labels: Chicken, Cooking, Ground Beef, Recipes, Slow-cooker
Older Posts Home
Subscribe to: Posts (Atom)
"And every Shepherd tells his tale, Under the Hawthorn in the dale." from L'Allegro - John Milton (1608-1674)

People Who Read This Blog

Other places to find me 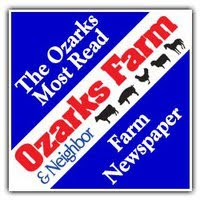 Good Food, Good Friends and Some People Who Don't Even Know Me